I have two big projects, Mestezia (current development, below) and Five Gods (playing out the campaign, but not designing more, farther below).

My currently active project. It’s both a fantasy setting inspired by myths, styles, and ecology from (mostly pre-Columbian) Latin America and a tactical game with strong non-combat and combat mechanics. It uses some of the lessons I learned from Five Gods but completely divorces from the 4e roots.  Like with Five Gods, I’d love to hear feedback if you have any.

Playing Mestezia explains the game rules with examples from the player’s point of view. It’s 21 pages. 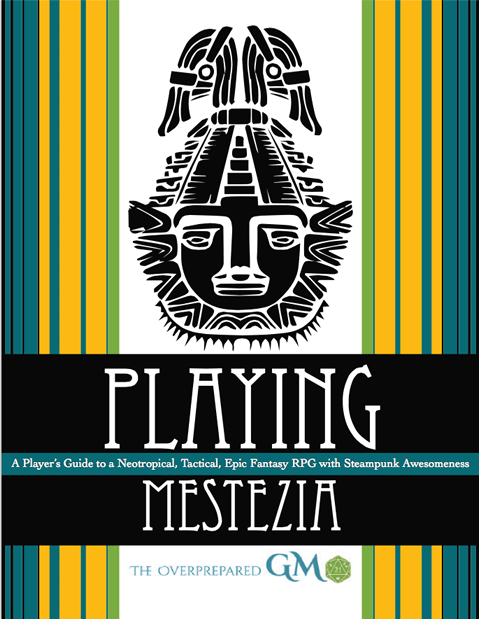 A Player's Guide to a Tactical Fantasy RPG with Steampunk Awesomeness.

I wrote an article about using skill tearsheets and was surprised at how popular it was.  If you, too, want to overprepare for skills and hand out clues to players, here’s the printable template I use:

Five Gods is a homebrew system that traces its roots mostly to D&D4e.  Feel free to use non-commercially as long as you credit me/link back for the original authorship.  I’d love to hear feedback if you have any.

This doesn’t include everything (in particular doesn’t include class creation/advancement information) but should allow players needed to play the game given pre-made characters (see below). 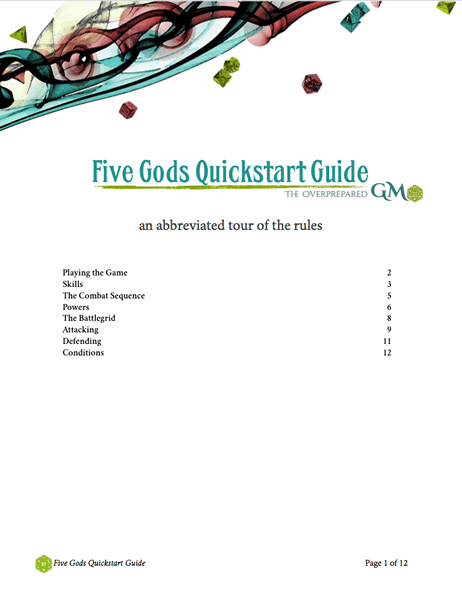 An 11 page explanation of the mechanics you'll play a Five Gods module.

This was intended as a long one-session module to introduce the new players to RPG gaming  and give everyone a chance to know each other. It follows a linear format and allowed me to progressively introduce how narrative roleplaying works, the rules for a skill challenge, and the rules for a combat encounter.  Plus, we had a bit of comic relief with my daughter coming in and hamming it up as Sorcha, the hysterically pregnant warrior woman. 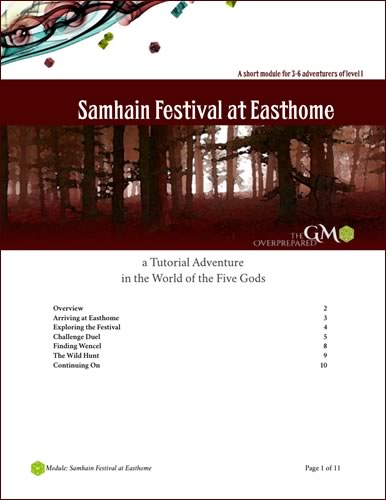 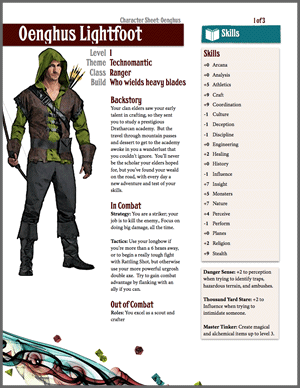 A three-page pdf version of Oenghus Lightfoot, a Level 1 Ranger Technomancer in the Five Gods system.