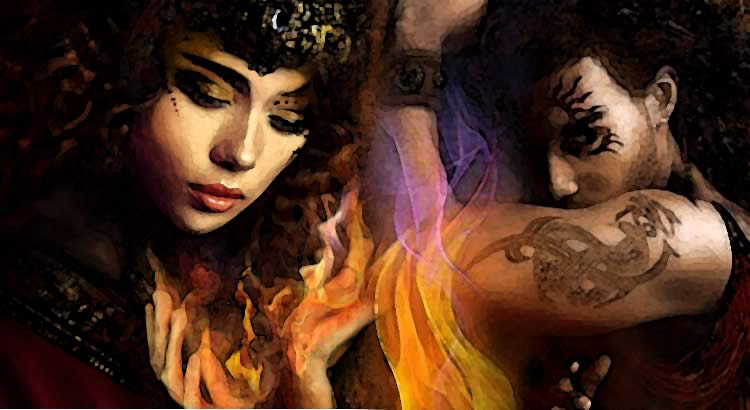 Stealing from the Coalition of Mages

There are a bazillion different takes on the fantasy genre (yes, I counted), but Amy Raby’s Coalition of Mages series is the only one I know of based on the Indus River Valley civilization, circa 2,400 B.C.

It’s currently a duology (start with The Fire Seer) centered around a pair of mage guild members in humanity’s dawn age.  This is definitely not epic fantasy – the problems and magic and consequences are all very local.  The plot emphasis in each book is split between murder mystery and the character/relationship arcs of the two main characters.  But unlike many fantasy romances, it doesn’t short change the world building.  It’s an engaging, focused romance/fantasy/mystery series, so you can read it just for fun, but for an RPG world builder, this series is a goldmine.  Here are some ideas to look out for.

OMG, the Indus Valley Setting!  The characters actually travel to Hrappa and Mohenjo-daro.  If you’re not a history buff, you may not care, but I thought it was super-cool to imagine what life would be like there.  Except with magic.

Using a cradle of civilization for the fantasy inspiration allows it to be a very self-contained world.  There are some barbarians in the hinterlands and legends of the dawn of time when gods walked the earth, but basically there’s only one culture, one small nation, and fairly simple institutions.  If you tried that in an older setting, it would feel thin, but with this premise, it feels right.

Raby manages to include a wealth of details that really make a new setting tangible.  Things like banana farms, dwarf elephants, the organized city layout, ancient indoor plumbing, the flooding of the river and how it dominates life, facial tattooing and headdresses to indicate status, clay tablets, cotton clothing, onagers (wild donkeys), warm climate seasons that are based around the monsoon rather than the Winter/Spring/Summer/Fall, etc.  The way she works it in feels organic to the story, but gives a very different ambience than than the much more common European Middle Ages-based high fantasy.

Note: Raby doesn’t adhere strictly to historical accuracy.  Part of it is that we simply don’t know that much about the Indus Valley civilization so she had to make up a lot of the details. The Indus Valley people left a lot of clay tablets with writing, but until we figure out how to read them, we can only guess at things like their beliefs and legends and political structures and societal institutions.

Mostly, I’m fine with Raby using her imagination, but I have to admit, I had a problem with her putting horses in her setting.  We know relatively little about the that civilization, but we know they didn’t ride horses, and she knows that we know that they didn’t (she talks about it in the afterward), but she put horses in the story simply because she wanted to.  So, if you want to use Raby as an inspiration for your own Indus Valley-based fantasy setting, feel free to not have domesticated horses.

In Raby’s world, there are three goddesses: Isatis the goddess of fire, Agu the goddess of water, and Lalan the goddess of life.  Some people are born mages with a bit of divine blood giving them the ability to do magic.  Untrained, mages can summon a bit of the fire or water or healing, but not generally control it very well.  Mages train in the language of the goddesses.  And if they’re careful and eloquent, they can flatter a goddess and ask her to do things. They can’t command a goddess, of course, they can only ask.

Even more quirky are the details of the goddesses, because they each have different personalities.  Isatis, Goddess of fire is always angry, but she’s straight honest.  So mages that are particularly favored by her can learn to summon a fire cyclone around them and request that she show them visions of what happened in the fire.  Plus, you know, they can just summon giant fire cyclones, which is awesome, but the plots are murder mysteries, so the mage who can summon the vision-granting fire cyclone becomes a natural detective.  Doesn’t work well to see what happened indoors though, unfortunately.

Agu the goddess of water nurtures humans more than Isatis, but she’s unpredictable and deceptive.  Mages learn to summon water into a cup or part a river to walk across it, but they don’t ask her for visions because they know that she lies.

Lalan the goddess of life is the gentlest and most nurturing, but also hardest to summon.  With work, they can call on her to heal, but she mostly sleeps.

So mages in this world don’t learn spells the way I’m used to thinking of them – it’s always a request that the goddesses can choose to answer or ignore or respond with fury.  The goddesses both love and hate mages so a good mage will be able to dependably perform, but it’s always a bit of a risk.  A lot of magical training is learning how to be eloquent and persuasive in the language, and learning how to manipulate deities.  I think it’s an interesting take on magic.

So, the main characters are members of a mage’s guild, basically.  It’s called the Coalition of Mages, but potato/potahto. Now, normally when I think of fantasy guilds I think of the European medieval/renaissance model.  But this is a very different take on it.

And it’s the details of the coalition that make it interesting.  First, if you’re born with mage powers, you are brought in for training and stuff, but no one is allowed to have magic outside of the coalition.  They can strip people of their powers by giving them a large dose of a certain drink, so anyone who declines membership or is kicked out or decides to leave becomes a non-mage.  No unauthorized magic at all.

Related to that, the coalition sets the prices that they charge non-mages for magic, and they can be high.  But it’s strictly against the mage laws for a mage to perform magic without coalition sanction or without charging coalition prices.  Individual mages can’t just take pity on a sick child, for example, and decide to heal it.  They have to follow the rules of the coalition or face strict punishment, up to death.

The mages are only subject to mage laws though, so a mage can break any of the secular laws he or she likes and get away with it, as long as they are strict in how they use their magic.

Needless to say, this causes a weird mix of high status and resentment for the mages among the common people, depending on whether the mages in the area are abusing their power and whether the people are suffering and can’t pay for help or whatever.

There’s also careful politics between the coalition and the institution of the king, because neither wants another war, but they both want to protect their autonomy and are forced to share territory.  Since magic power skips generations and randomly shows up sometimes in new bloodlines, the mages can’t just take all their magic users to a less populated area and start over.  They are intrinsically linked with the non-magic population.

And the coalition is a meritocracy and provides training and shelter for its members.  So if you’re, say, a farmer girl with a bit of magic power, the coalition is your ticket to wealth and education and respect.

In the Coalition of Mages, Raby has created an institution that’s well thought out, and hard to pigeonhole into a neat Good/Bad box in a way that has absolutely nothing to do with who’s in charge of it. And that’s interesting.

I’m too invested in the world I’m currently building to seriously use the material, but I have to admit… rereading her books tempts me to make my own cradle-of-civilization setting.  Or at least figure out how to fit a mage guild in there somewhere.