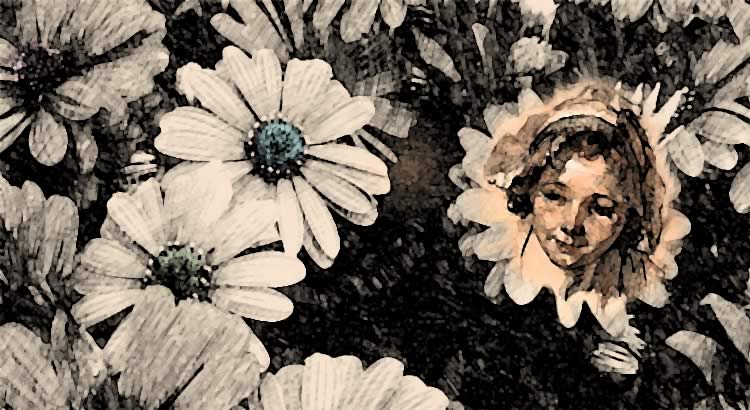 Chapter 1: A Damsel in Distress

As a player, I like writing backstories as vignettes rather than surveys or lists.  Mostly they’re a page or two to communicate personality and motivation.  But one time a backstory kind of got away from me and morphed into an actual story with plot and chapters and such.  So from the vaults of old writing, here is the first chapter in Scathach’s backstory.

Chapter 1: A Damsel in Distress

I stepped carefully out of Miss Agnastes Finishing School & Boarding House.  Graceful, measured steps. I pretended there was a string from the bottom of my spine to the base of my neck, pulled taught.  I subtly tilted my head down and left and aimed for a modest smile on my face. I held my arms like a…like…uh….I couldn’t remember how I was supposed to do the arms while I walked. I stopped for a moment and closed my eyes to help myself recall.  Maybe rounded like holding a giant ball? No, that’s how to hold them while dancing. Maybe…

A rough voice and rank smell broke my concentration.  I looked around with dismay at the clearly unsuitable men starting to surround me.  My heart beat faster, and I could feel my breathing speed up, which wasn’t helping at all.  But finishing school was supposed to teach me how to act in all situations. That’s what Miss Agnastes had promised.  All I had to do was figure out which lesson to apply here. One of the men grabbed my arm and wrenched it behind my back, pushing me against the stone wall.

Okay, I may not have been the best student, but I knew that was not what was supposed to happen with my arms.

Oh, but wait!  This meant I was a damsel in distress.  Okay, I knew what to do.  I screamed “Eeeek” and waited for a savior.  Preferably a strong, heroic man who was just looking for a delicate flower like myself to court and marry.  Or a strong, heroic woman, looking to prove herself as a knight-chevalier. Failing that, I could at least assume that some of the folks leaving my class might be near and still remember today’s lesson on chivalrous behavior.  I mean, the timing had to be on my side, right?

The one who had spoken first patted me down and took my small knife and my purse.  He leaned against my ear and said, “You can pretend to be all fancy if you want, but you don’t fool us none.  I know trash when I see it. I know exactly what you are.” Ugh, rude!

I squirmed away from him with NO modest smile and tried to think about what I should do, because this was NOT going the way Miss Agnastes had carefully tutored me.

Aha! “Eek” is for small, scurrying vermin, not the large humanoid variety.  OK, one more time and with feeling.

I screamed frantically, pretending panic.  “Help! Save me! I’m being accosted!!” Out of the corner of my eye, I spied a friend leaving the finishing school along the same route I had taken.  Perfect. Well, not perfect exactly, but, you know, close enough, anyway. He froze, eyeing the three men with trepidation.

All three men turned to see whom I was talking to.

Ralph hunched his shoulders and sighed, “I say, uhm, let go…umh, rather…”

“He means, unhand me or he’ll make you sorry, you good-for-nothing ruffians.  Because while I may be a delicate flower, he will be my hero and save me from this most unfortunate situation.” I nodded and smiled encouragingly at Ralph.  Or maybe I should still be scared? I wasn’t sure. This damsel stuff was tricky.

The one holding me snorted with laughter.  More rude, but secretly, I had to grant that Ralph was a little puny.  The leader – I’ll call him Squinty – walked up to Ralph. And punched him out.  With one punch! I mean, come on.  He broke my hero with one punch!  How was I supposed to be a damsel with no hero?

Now I was angry.  Since we were clearly no longer following the Miss Agnastes’ script, I gave up my attempt to follow her instructions.  I changed into the wolf that lived inside me, took care of the ruffian behind me and leapt towards Squinty.

Unfortunately, Ralph woke up in time to see me tear off Squinty’s arm.  My erstwhile hero screamed and crawled away.

Our next class together was going to be awkward. I turned back to human and eyed the third man who was trying sidle out of the alley as surreptitiously as possible.  Meh, not worth the effort. I wiped off the worst of the blood and felt a pang of regret over the overreaction. I knew in theory that some people could have handled things better, but this damsel thing was hard for me.  I grabbed my things, and strode towards the Drowning Fish public house.

Screw the dainty steps. I’d be a flower tomorrow.

Next: Chapter 2: The Drowned Fish