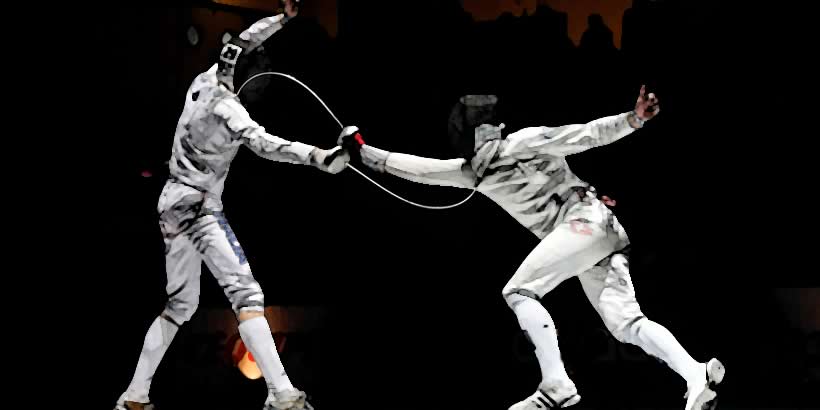 In traditional 4e, the skill system is a simple closed, point-buy system.  There is an enumerated list of non-combat abilities (skills), and you invest in a subset of them by choosing which skills to train.  There are something like 14 total skills possible, if I remember right.  If your character needs to do the skill in the game (e.g. remember a bit of history, bluff your way past a guard, balance on a tightrope, etc.), the GM has you roll a d20 and add your modifier for the relevant skill.  If the total is higher than the DC (Difficulty Check), then you succeeded.

I liked some parts of this approach, but felt the irresistible urge to tweak it until it perfectly fit me and my game.  In the end I chose the following changes.

Decouple Skills from Abilities and Classes

In traditional D&D, each skill is associated with one of the main six abilities.  A large part of your skill bonus depends on the modifier attached to it.  So, for example, someone with low wisdom won’t have really high perception even if they train it as high as they can.  I sort of like this idea in theory, but in practice it strongly encourages players to stick to very predictable character archetypes.  For example, fighters are bad at non-combat skills (other than athletics), rogues are great at stealth and thievery, but poor at healing and arcana.  Bards are great at social situations, but bad at athletics.  Et cetera.

This happens for two reasons.  First, it’s because of class lists, which I hate-with-a-little-H.  In earlier editions, the bard and rogue (for instance) had very strong skills (or non-combat proficiencies) in exchange for being weaker in combat.  Fighters were strong in combat, so they were made weak outside of it.  In 4e, that balancing mechanism isn’t needed any more because all the classes are about equally good in combat, and they have explicit combat roles.  So making some classes much better than others at non-combat encounters doesn’t help with balancing.  Plus, defining class skills really pigeonholes the classes.  Beyond discouraging truly novel character concepts, it misses some classic tropes.  For example, the samurai who studies calligraphy and poetry alongside tactics and weaponry, or the scholarly cleric working to preserve learning. If players are choosing their own skills anyway, I’d rather not limit those possibilities to a class-specific list.

The second reason it happens is because of the ability modifier.  Ability scores and classes are tightly coupled, so bards will tend to have excellent charisma, for example. That’s all well and good, but if you couple combat class and abilities scores, and then couple ability scores and skills, that means you’ve coupled classes with skills.

So even without a class skill list, your class will largely determine which skills you train.  Some of these consequences are really arbitrary.  For example, it discourages warlocks from training arcana and encourages clerics to train perception.  You can try to move around the ability modifiers to make it make more sense (and oh, I have tried), but there are always weird situations somewhere, such as wizards knowing more about religion than priests.

Also, it ties skills that are based on the same ability together.  So, for example, people who have wisdom as their main stat are generally going to take perception, nature, healing, and insight, because that’s a mathematically superior strategy. But there’s no in-character reason for people with exceptionally well-trained senses to consistently study medicine, and for those that study medicine to consistently also excel in wilderness survival.

Eventually I decided my ideal skills advancement system allowed every character can train the same number of skills at first level, but they get to choose what those are.  Modifiers are determined by a point-buy system and feats and equipment, but your ability modifier is dwarfed by your training modifier.

Traditionally, most skill checks are straight success/fail. You either make the cut off or you don’t.

But there have always been some types of skill checks where there are a range of values, and the higher you get, the better you do.  For example, in traditional D&D, your jump is based on your athletics check result; the higher you roll, the more bigger your jump.  I wanted checks in general to be more like that.  It makes the checks more interesting for both untrained and exceptionally trained characters.  It adds some suspense.  It also adds more work. To ameliorate this, I started using the following generic framework.

So how does this work in play?  If you’re coming up with a skill check in advance, you have the time to think about what the different results means.  So, for instance, here’s a table that includes the results for analyzing the enemy in battle and then the results for examining the animal tracks.

If you are doing this on the fly, then you just need to keep the DC tiers in mind when you are describing the result of a skill check.  If the player is rolling for information, give one bit of information for each successful tier.  For example, for a skill check to assess an enemy’s fighting abilities, you may get an understanding of one of their special attacks, whereas for an exceptional roll, you essentially tell them the monster stat block.

In D&D 4e, players roll one skill at a time, but it’s often reasonable to describe things as being covered by more than one skill.  For example, if you’re in the woods trying to camouflage the party, is that a skill check using nature because you know the materials at hand or using stealth because you know all about about hiding?  If you’re trying to sense a magical emanation, is that arcana because you’re trained in magic or perception because you have trained senses?  The GM can rule either way, but in a one-skill system, has to choose between two perfectly reasonable alternatives.

So in this homebrew, I want a two-skill system where each skill check is sum of two skill rolls. So, for example, camouflaging the party would be nature+stealth.  Learning about a monster based on the tracks you find in the forest would be analyze+nature.  Sensing a magical emanation would be arcana+perception.  Recognizing an obscure rune would be arcana+lore.  And so on.  This is partly to better handle situations that are covered by more than one skill, but partly this change was a purely mathematical decision.

Here’s my thinking.  There are 14 skills, so five players each averaging about five skills trained can easily cover all possible skills.  One problem with that is that each time a skill check is needed, you know exactly who is going to attempt each skill.  And really, with five trained skills each, you only need three players to cover all the skills, so it’s likely that there are a couple players who either are never the best at any skill, and so it’s never their turn to shine in non-combat encounters.  Boo.

But if you make each skill check depend on two skills, that changes the math.  The players have to plan for 14 x 13 = 182 possible skill combinations.  They can still have 5 players train 5 skills each, but even if they perfectly distributed these skill combinations (to get 5 players x 5 x 4 combinations = 100 combinations), that means they can only maximize 100 / 182 = 55% of the possible checks.

And as a group, they’ll be likely not perfectly min-maxing to spread out skills among the PCs, so you’ll have some situations where one of the characters is phenomenal, but a lot more where someone in the best person in the party can have a decent but not outrageously great scores, even at epic levels.

And with two different modifiers, there is no longer a hard line between an expert and a non-expert.  Under the old system, the line between trained and untrained gets large, especially at higher level when the ability scores, equipment, and feats allow characters to really specialize.  But under the two-skill system, you get a much smoother gradation between someone who is maximized at a skill (trained in both skills), and someone who is just good (for example, trained in one skill but not the other).

Adding the two-skill checks and tiered DCs adds a lot of nuance in skill checks for relatively low investment.

I think it’s a rule somewhere in the Homebrewer’s Bylaws (TM) that every homebrewer has to mess with a skill list.  I liked the general D&D 4e approach to skills, but it had some weaknesses.  In particular, it seemed like the physical skills were quickly obsoleted by rituals and items and powers, and there were some skills (e.g. perception) that were way more useful than others.  So I tweaked the list of skills a bit.  Every homebrewer does, I think.  I don’t know if mine is better than anyone else’s list, but it certainly makes me happier. In case you’re curious, I chose the following:

Aaaaand, that’s pretty much my homebrewing of the skill system.  So if you ever saw one of my skill sheet examples and wondered why the DCs were high and the skills were wrong, well…there you go.