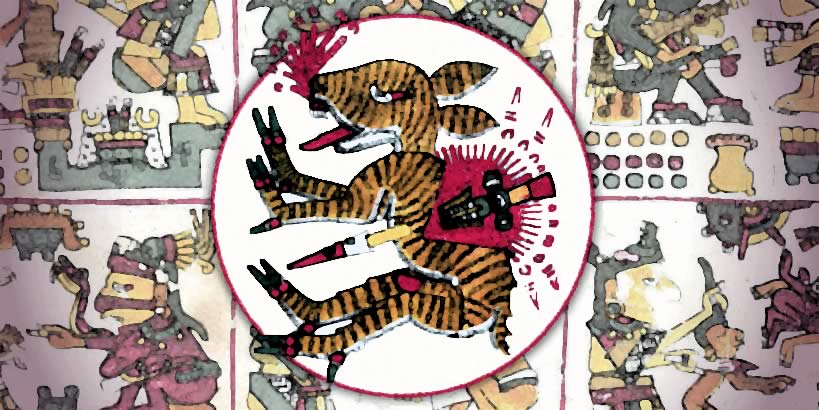 Chapter 3: In the Room with Ralph

As I approached my room, I could see Ralph waiting next to the door. When I was about an arms-length away, he finally noticed me and opened his mouth to talk. Perfect.  I tore a chunk off the sandwich and stuffed it between his teeth.

“Howuurrpppphmmm,” he said as I grabbed his elbow and guided him into my room, closing the door behind us.

“Chew,” I replied. “Okay, so this is how it happened. I was walking out of class and was set upon by ruffians. You noticed me calling for help and asked them to step aside. They didn’t want to stop at first, but you cleverly pitted them against one another and saved me.” I noticed he had just about finished swallowing, so I paused until he opened his mouth again and then stuffed the another chunk of sandwich in. “Chew. I know your clothes are probably messed up from the incident, so if you drop them off here, I’ll fix them up as best I can.”  I cleared my throat and then tried to put myself in the right frame of mind. “Thank you for your intervention. I don’t know what would have happened if you hadn’t stopped them.”

He rolled his eyes and finished eating, and then covered his lips before asking, “What in the world did you do, Scathach? And by the way, you’re not supposed to have male visitors in your room with the door closed.”

“I didn’t think Miss Agnastes would make an exception about her dinner dress code, so I thought you’d be hungry, and I brought you a sandwich.” I explained, “And I trust you to not take advantage of me. You’re a gentleman”

“I’m not talking about the sandwich, I’m talking about you turning into a werewolf and eating people!” He replied with some heat, “And it’s not a question of my trustworthiness, it’s not done because it gives the appearance of impropriety.”

I made my indignant face at him, “You know better than to raise your voice to a lady! And I didn’t eat anyone. He tasted terrible and was probably diseased.  I would never have eaten him. And I’m not a werewolf. And having this particular conversation in front of my room for everyone to hear wouldn’t be any less problematic.  At least in here we have a good chance of not getting caught.”

Ralph returned my indignant face with an even more indignant face of his own.  “This is the perfect situation in which to raise my voice, because you are not a lady, you are a werewolf!  And you’re a delusion, lying werewolf at that! Although thank you for the sandwich, that was very thoughtful.  And I concede your point about the location of our conversation. But I’m getting tired of being drawn into your craziness!  This is the third time this month that I’ve ended up abused because of one of your misadventures, and I deserve some answers this time.”

He looked me in the eye, and all the fun went out of our discussion.  He was puny compared to my brothers, but his face was set with the sort of determination that led warlords to conquer empires.

So I sighed and tried to gather my thoughts. “Okay, well, I’m not a werewolf, I didn’t lie about that. I don’t even know if there are real werewolves. I think that might just be a legend. I’m a nagual. Do you know what that is?”

His face puckered in thought. “Hmmmm. I didn’t realize there were any naguals anymore. I haven’t read of contemporaneous mentions more recent than Perlockious’ Systemization of Southern Shamanistic Traditions. But he wrote that close to 200 years ago. I thought that even then they were a dying breed. It’s a type of magic user, right? But nature-based and primitive? No offense.”

“None taken,” I replied, “We’re rare, but not gone.  The traditions are only practiced in the really old fashioned Gauciega tribes like those my papá comes from.  I think our circles just don’t intersect much with all those Northern scholars you like to read. My father’s great aunt Zavana is a shaman one of the old tribes.  I was born with a strong connection to the wolf spirit so when when one of the great wolves started following me around he sent me train with Tia Itpa a good part of every year.  She didn’t want to take me on as an apprentice. Honestly, I don’t really have the temperament for it. But she thought it would be irresponsible to let me wander the world without getting control of my powers, so she trained me a bit in the practical theology.  Then when I was old enough, she sent me to learn from an even more old fashioned tribe that actually had a real nagual to teach me. Anyway, naguals are about as similar to wizards as wizards are to psions. Which is to say, not very similar at all.”

“What happened to the great wolf?  What was the training like? Do you mind if I take notes? This is really fascinating.”

“I’m kidding! Yeesh. If it was supposed to be a secret I wouldn’t exactly go around telling people just because they asked. Although I will deny it to my last breath if you talk to me about it in front of our classmates or any of the other townies.”

“What do you mean why? What do you think will happen if everyone here knows that I occasionally turn into an animal and kill people?”

“Er…they’ll never again make fun of the way you hold your arms?”

“Be quiet! Hide! Your mother’s coming!” I whispered as I worked to hide him in my room. He went even paler than his normal red-hair-and-freckles complexion usually left him and squirmed under the bed that I’d been pushing him towards. I heard a knock on the door.

“Scathach, dear, are you here?”

“Yes, Miss Agnastes,” I said as I slowly walked across my bedroom and opened the door, “may I help you with anything?”

She peered at me through thick glasses and blinked twice. “Yes, dear. You see, I noticed you weren’t at dinner. You know I require regular attendance at meals to practice eating etiquette. This is the fourth time this month that you’ve missed a dinner, and I’m beginning to worry about you.”

“I’m sorry Miss Agnastes, but my brother Tog is leaving town tomorrow, so I went to see him and said goodbye. I’m sure you understand the pull of family obligations.”

She blinked twice again. “Obligations. Hmmm. Yes. That’s what you said last week, except that your brother’s name then was Paulken.”

“Yes ma’am. I have eight brothers and a whole passel of cousins. I’m the youngest and scrawniest, so they try to make sure at least one of them is in town with me in case I need anything, but I’ve told them to keep their distance ‘cause they’re pretty wild and some don’t wash all that regularly. Although I suppose if you want to meet them, we could arrange something,” I stopped to contemplate a meeting between Miss Agnastes and my family, but my mind balked at the challenge. “I wouldn’t recommend meeting them in any rooms with impressionable students or fragile furniture. Or fragile walls, I suppose. But, you know, maybe outside…”

She leaned back and blinked three times in quick succession. “Yes, well. Uhm. That’s a lovely offer dear, but I wouldn’t dream of imposing on your family in such a way.” She started to turn away, and then turned back. “Actually, dear, I had one more small question. I’ve noticed that the last couple times you missed dinner, my son has also missed it. That sort of behavior is pretty unusual for him. I don’t suppose he was also at either of those meetings with your wild and unruly brothers?”

“Do you know why he missed dinner tonight? Have you seen him since class?”

“Well, I don’t know for sure why he missed. But I have seen him since class. Some ruffians were giving me trouble right after I left class, but Ralph spoke up to them to leave us alone.”

Miss Agnastes froze for a moment before blinking at me again. “Ralph? You’re talking about my Ralph?”

“Yes ma’am,” I replied, “He was a real hero to me. Seemed a bit self-conscious about it afterwards though.”

She blinked twice again. I found myself reflexively blinking back, like we were in some sort of demented anti-staring contest, or perhaps signaling to each other like Lyre birds in a mating dance.

I doubted it, but you never know.

“Well, dear, if you see him around, please let him know that I want to talk to him. Goodnight, Scathach.”

“Good night, Miss Agnastes,” I replied. I waited until she was out of earshot and then quietly pulled Ralph out from under my bed. “Go back to your room,” I urged him, “and stick to the story.”

“But we need to finish talking about…” he started.

“No, no more putting me off,” he insisted. He started to give me the determined eye again, so I took a deep breath and decided to make the situation very clear to him.

“Look, she already suspects we aren’t telling her something. If she doesn’t find you in your room now, I’ll give her at most fifteen minutes before her suspicion overcomes politeness and reason, at which point she will post herself in the courtyard where she can see the entry halls to both our rooms. It will then be very hard for you to sneak out of here without getting caught. If she catches you sneaking out of my room at midnight – and she will because you have many fine qualities, but stealth isn’t one of them – she’ll assume one of us has taken advantage of the other.  Although I’m not sure whom she’ll cast in the seducer role in this scenario. Anyway, she will then almost definitely discreetly talk to my mother about the proper way to proceed.

“That’s not your motivation to leave here without getting caught.

“Your motivation is that my mother cannot keep a secret to save her life, so shortly  thereafter you will have a very unpleasant visit by some large percentage of my father, eight brothers, twenty two cousins, six uncles, four aunts, and whatever friends of the family they think would enjoy coming along to help take turns beating the living shit out of you and then healing you just enough to start again because every one of them has been wildly overprotective since they found out about my little incident with the troll raids after the whole thing with the pirates. Unless, of course, we can convince them that we’re really in love, in which case they’ll settle for a little “welcome to the family” hazing with clearly defined expectations about how you will settle me down and make me happy and safe.